Greetings all. I currently have a D3200 but would like to improve my chances of capturing images in two widely different environments, those being the Milky Way and wildlife, particularly birds. The 810 appears capable of both. Lens suggestions? Thanks.

For a D810, the Sigma 150-600mm Contemporary is very good at wildlife. You can buy much better, but not a whole lot better for the money invested.

Since the last time I did a Milky Way photo, I have purchased a barely-used Carl Zeiss 15mm f/2.8 Distagon and I am eager to try that lens. But advising others, I would say look at Nikon's 20mm f/1.8G lens. It is less than the Sigma Art lens but trying it at the store I felt like it is very comparable. I know that astrophotographers often use either the Samyang or Rokinon 14mm f/2.8 manual focus lenses. You are going manual mode anyhow with the Milky Way, and they are certainly a lot less expensive than other choices. My used Carl Zeiss lens came in about 2x the Samyang price (and that was an extraordinary low price) but I have been enjoying it as a daytime landscape lens also.

Full disclosure, I am low-level shopping for a Z-mount 14-24mm f/2.8 for my Z5 in the used market. When I finally land one, the Sigma 20mm f/1.4 Art lens likely will be sold off. I only have been using that lens for Milky Way. The Zeiss 15mm has already been used way more by me. I would have bought 1 last week if not for also getting a bill for a CT scan last month that was even more than the lens.

Some of my samples using D750 body. 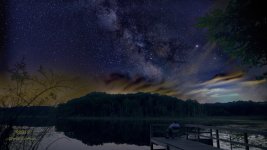 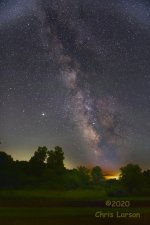 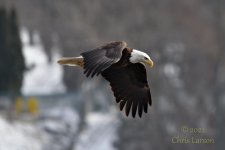 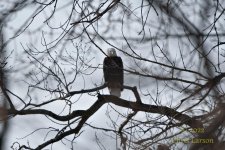 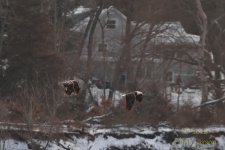 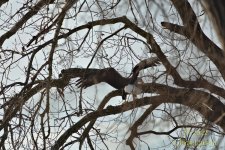 Welcome aboard, enjoy the ride. We look forward to seeing more posts and samples of your work.

You might also want to consider introducing yourself on New Member Introductions.

For wildlife, the AF-S Nikkor 200-500 or Sigma 150-600mm lenses would be hard to beat for wildlife and would also work well with your D3200. With either of these lenses, you might consider doing some wildlife photography with your D3200 before investing in a D810. I haven't done enough Milky Way photography to make a recommendation.
[h=3][/h][h=3][/h]

Sensational photos and information! Thanks so very much!

I can't speak about lenses for that camera, but you definitely need a steady tripod if you don't already have one. A tracker would be beneficial too. Both are on the list of things I need.

West Texas has skies so dark, you can get Milky Way images using your phone.
Last edited: Aug 14, 2022

Dawg Pics said:
...
West Texas has skies so dark, you can get Milky Way images using your phone.
Click to expand...

It appears to be true, but only if you drive away from the cities there. Very dark at the Rio Grande. 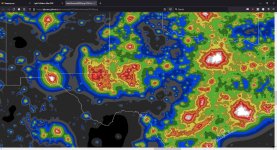